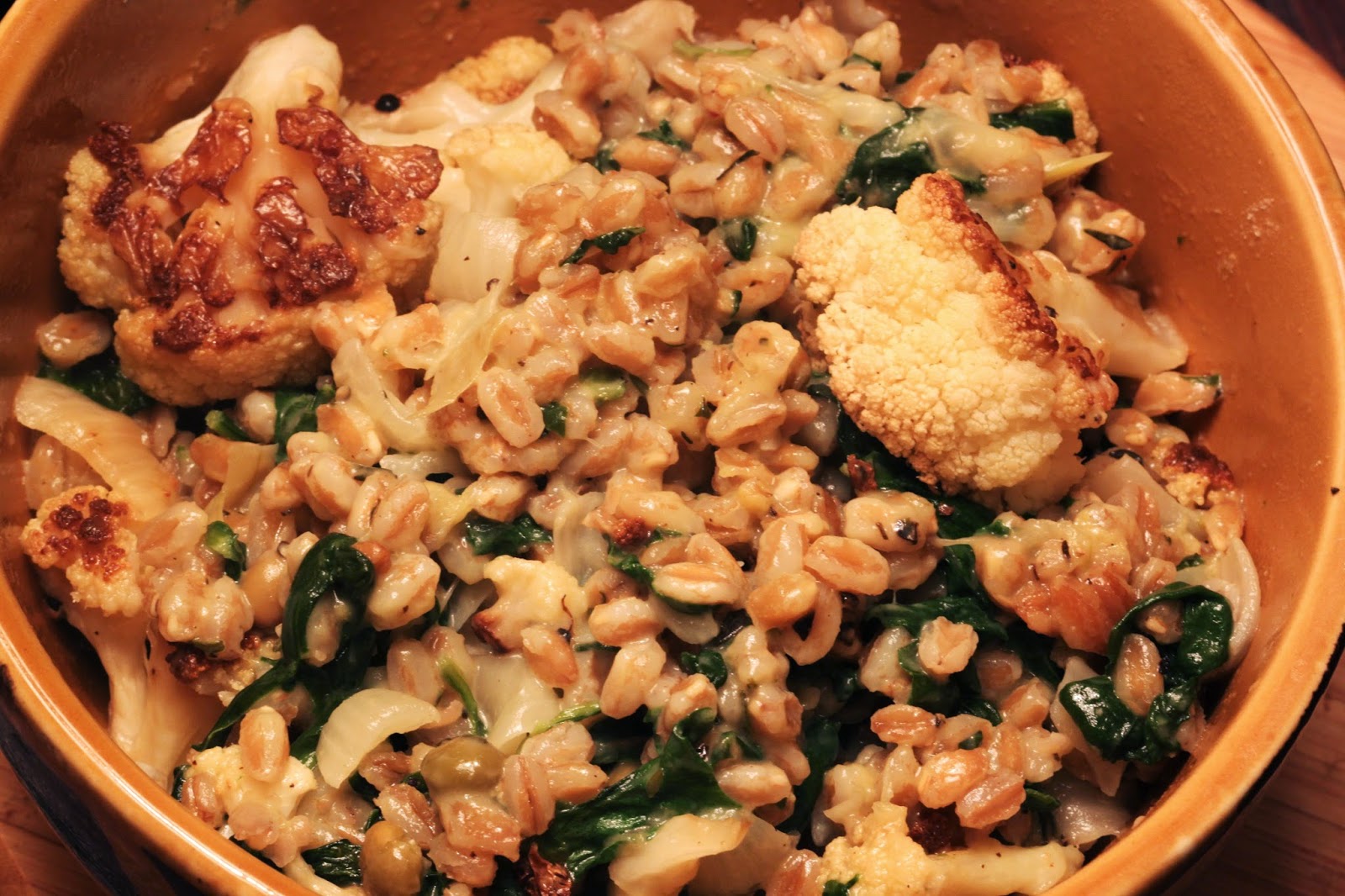 Have you had farro? I adore the texture - very chewy, but in a soft and welcoming way. It's high in fiber, protein, iron, and calcium making it a fun alternative to rice and even quinoa. I made farro with lemon a few months ago and was blown away and decided to incorporate into my meals more often. This is a slightly less healthy way to prepare it (cheese instead of lemon), but it is still pretty healthy and trust me when I say that it tastes amazing and does not feel heavy and cheesy. All of the flavors really work well together. I have been really into roasting cauliflower so I had to throw that in of course and it complimented everything nicely. Oh, just thinking about it makes me wish I still had some left.

Fontina Farro Risotto
How I Did It:

2. Spread cauliflower out on a large cookie sheet and drizzing with olive olive and then sprinkle with salt and pepper (using more pepper than salt). Flip all of the chunks and repeat. Roast for about 20 minutes or until parts of it start to crisp up and it is soft.

3. While the cauliflower is roasting, heat 2 tablespoons of water in a large pot and add the onion. Cook for about 10 minutes or until soft and translucent.

4. Add farro and let cook for 1 minute while constantly stirring.

5. Add 2 cups of broth or enough to cover the farro. Lower heat and cook until the broth has been mostly absorbed (stirring frequently) before adding more broth, 1/2 cup at a time until the farro is cooked.

6. Stir in peas, spinach, and cheese and cook on low until cheese is melted and everything is well combined.

7. Cut up cauliflower and stir in, reserve a couple larger pieces for garnish.
Posted by Amy at 10:21 AM

The main purpose of this is to keep track of my (crazy?) ideas and recipes and how they have turned out. If something doesn't work well I will let you know and would be happy to hear suggestions! I plan to solicit feedback from lucky (or unlucky) testers for some of my baking trials and in those cases I will share what their reactions were. If anything looks good to you, feel free to test it out yourself and let me know how it turned out!